Greener Grass, Even in a Drought

Lubbock, Texas, like much of that region, has experienced a severe drought for the past few months. With the city in Stage 1 of its Drought Contingency Plan, residents are only allowed to water their lawns twice a week between midnight and 10:00 a.m. Water utility rates have also risen, causing unwelcome surprises for many homeowners. But those restrictions aren’t an issue for Kent and Lanita Clark, who opted for synthetic turf from Golf Greens Texas, an STI distributor, when building their new home last October. 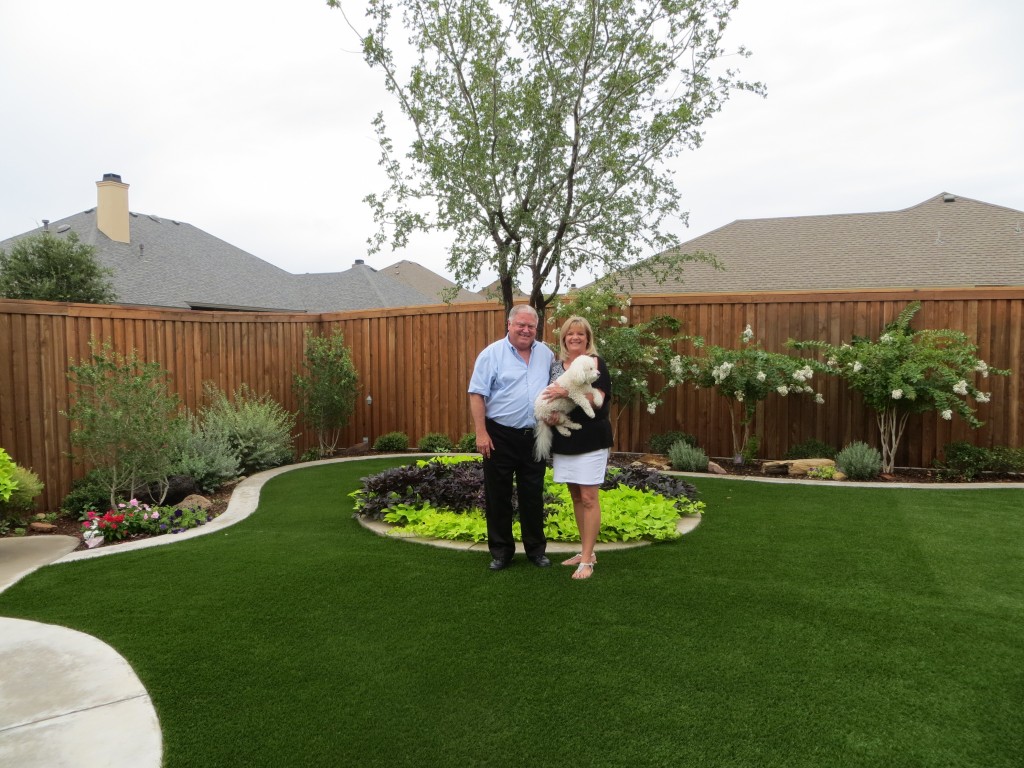 At first, their decision to install 3,200 square feet of synthetic turf in the front lawn, back yard and surrounding areas of their corner lot was based on personal wellness. Kent had a health scare in 2011 which caused him to lose 80% of his lungs, and Lanita didn’t want him to be exposed to pesticides and other chemicals used to maintain traditional lawns. A desire for greater convenience was also important for the retired couple.  They were still relative newlyweds, across the street neighbors whose 25 year friendship deepened into love after the respective deaths of their former spouses. Their new home was designed to make life easier as they aged. Having a beautiful yet low-maintenance yard was an important part of that equation.

However, numerous other benefits to their synthetic turf quickly became obvious. “Synthetic turf pays you back tenfold on its investment,” explained Lanita. “We save $200 a month on mowing costs and with the drought it’s a relief not to have to worry about watering the lawn. People stop by asking to touch our lawn, amazed because it looks and feels so real. Whenever we do have a heavy rainstorm, our lawn also drains faster into the ground than regular grass.”

While Lubbock watering restrictions are forecasted to last well into the fall, the Clarks can rest easy knowing that their yard stays green year-round. And they are far from alone.

“Local concerns about water have prompted more homeowners to drought-proof their lawns with synthetic turf,” noted Bill Hillstrom, President of Golf Greens Texas. “It is hard to maintain natural grass with the current watering restrictions. People who switch to our synthetic turf have been pleased by its lifelike appearance, ability to conserve natural resources and its lack of maintenance.” 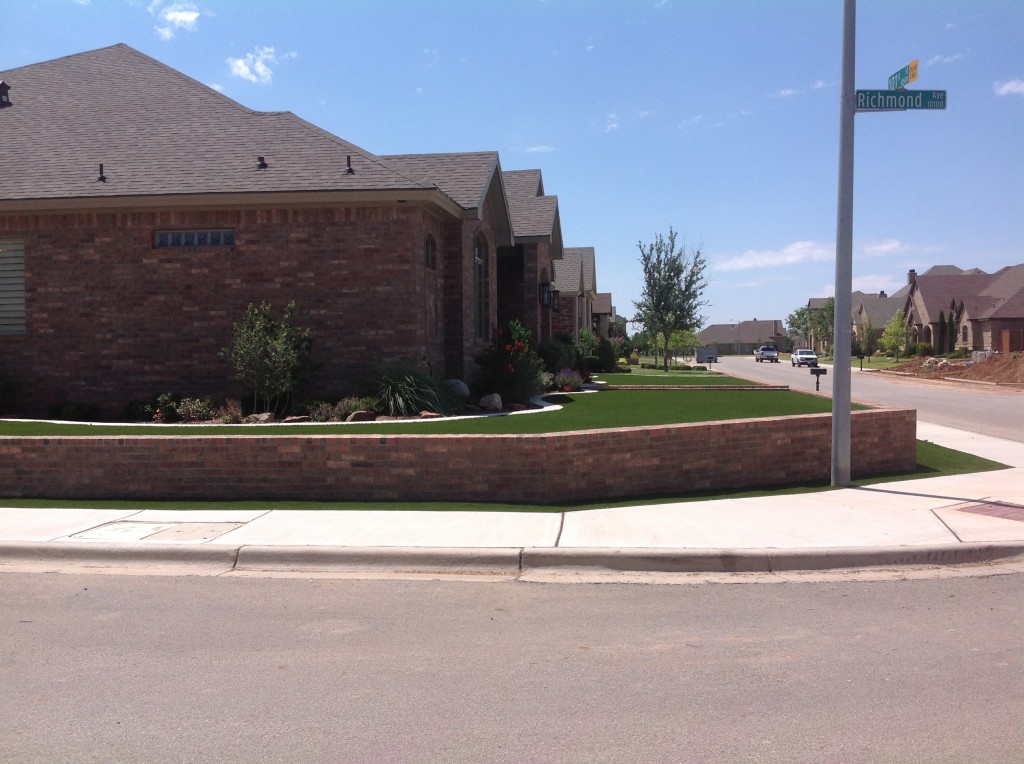 A view from the front of the Clark’s House

Interested in seeing how synthetic turf can help you conserve water while enjoying a beautiful lawn? Contact us now to learn more!