Synthetic Turf is Going to the Dogs! 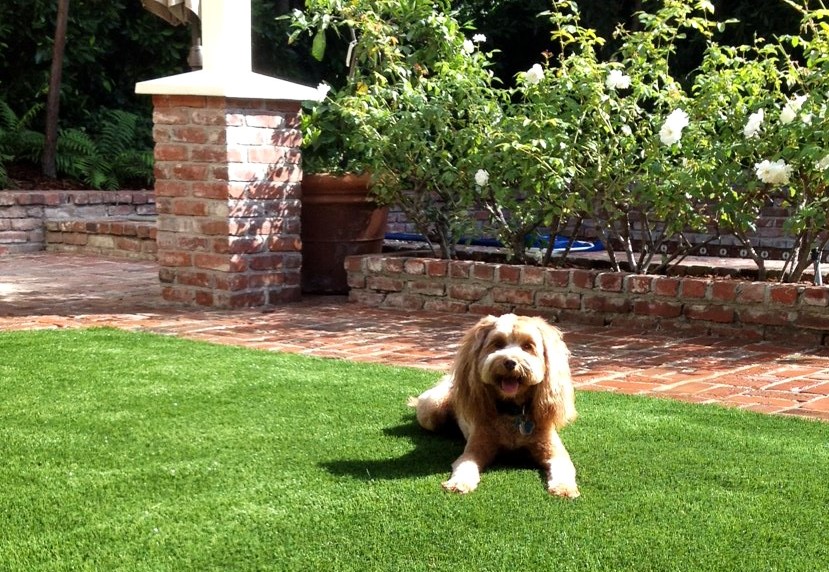 While many people associate synthetic turf with athletics, Synthetic Turf International (STI) has seen an increasing number of homeowners, doggie daycares, pet facilities and animal shelters turn to the durable surface for the recreation, relief and comfort of their animals.

According to the American Pet Care Products Association, Inc., all of the products and services used to care for pets are booming businesses; the trade association estimates total U.S. pet care industry expenditures will be $55.53 billion during 2013. Today 62% of U.S. households own a pet, which equates to 72.9 million homes, prompting more homeowners to install synthetic turf for its high flow drainage rates, ability to eliminate odors from pet waste, easy clean-up and the maintenance of an aesthetically pleasing yard.

“Synthetic turf has gone to the dogs, literally,” said Dakota Harp, General Manager of STI. “As homeowners and commercial pet care facilities have learned, synthetic turf provides a safe, durable surface that is effective for both large and small breed dogs as well as cats and other domesticated pets.”

As pet owners seek the best care away from home too, luxury doggie daycares are installing attractive, low maintenance synthetic turf in dog runs, play spaces and other areas. Over the past few months, Synthetic Turf International of Atlanta has completed installations at the Barker Lounge and Camp Bow Wow in Alpharetta, Georgia and is about to start another project at Camp Bow Wow in Woodstock, Georgia. In Baton Rouge, Louisiana, the Garden District Animal Hospital lacked an effective place for boarded dogs to exercise and relieve themselves. They turned to STI dealer Louisiana Custom Turf in 2012 for help in converting a concrete parking area on the side of the building into a viable, well-drained surface with synthetic turf. Now a year later, the facility doesn’t have to worry about odors, muddy paw prints or pests like ants, fleas and mosquitoes that congregate in traditional grassy areas.

Conserving water has become a major incentive for residences and commercial facilities to switch to synthetic turf for pets.  The Southern Nevada Water Authority estimates that every square foot of natural grass replaced saves 55 gallons of water per year.  With an average lawn of 1,800 square feet, homeowners with synthetic turf could save 99,000 gallons of water each year or about $400 – $700 annually depending upon climate. That is no surprise to Bill Hillstrom of Golf Greens Texas, an STI distributor based in Lubbock, Texas. “With drought hitting our state hard over the past few years, we’ve seen pet owners turn to synthetic turf to eliminate the need for backyard watering while creating an easy-to-maintain surface that controls odors and is more supportive of dogs’ joints and exposed areas of their coat and skin.”

We offer an extensive selection within our Softlawn® Pet Turf line that is perfect for indoor or outdoor use in large or small coverage areas. It provides an innovative and sanitary solution for pets to relieve themselves on a daily basis, during transport or while on vacation. Most STI installation use Envirofill, a non-toxic coated sand infill product which reduces bacteria and controls pet odors. Learn more about our pet turf applications.