Synthetic Turf International played a role in Tuesday’s announcement that the PGA Tour stop at Congressional Country Club would be getting a new title sponsor.

Tiger Woods was on hand to announce the new agreement with Quicken Loans at an event hosted by the Tiger Woods Foundation in Washington, D.C.

STI was honored to be a part of the event, which honored military families in the D.C. area, in addition to helping the Tiger Woods Foundation move toward its goal of improving the lives of underserved youth.

The families won almost $5,000 toward their mortgage payments, while Quicken Loans donated $30,000 to the Tiger Woods Foundation. 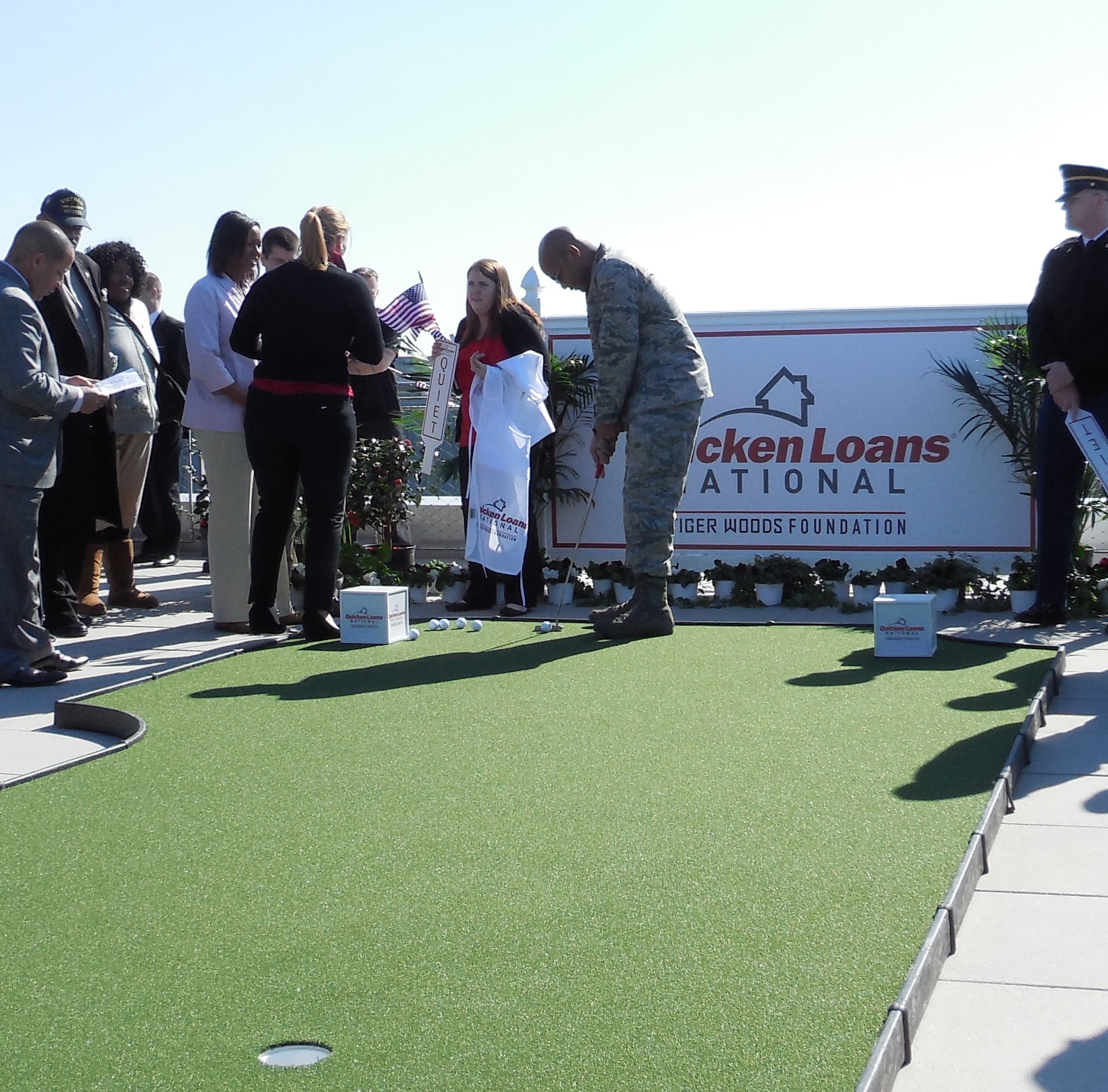 “It was a dream come true to putt alongside Tiger Woods with my whole family watching,” said D.C. resident, Lieutenant Colonel Glenn L. Laird, who was one of the clients who took part in the putting challenge.

The event was scheduled to announce to the new PGA Tour event, the Quicken Loans National, which will be held at Congressional between June 23-June 26.  In its eighth year, the tournament has raised almost $15 million for the Tiger Woods Foundation.