The Unknown Benefits of Synthetic Turf 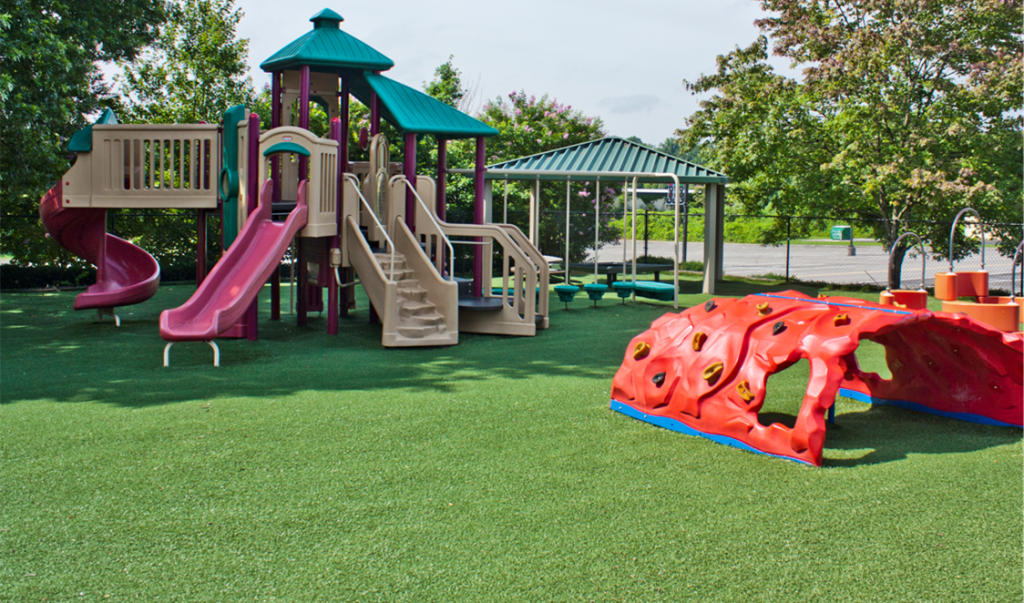 We often hear people talk about the usual benefits of synthetic turf; we know that it requires low maintenance, no water and provides a soft, safe, and allergen-free area for children and pets.

What we don’t hear about very often though, is the fact that bacteria can’t survive in synthetic turf products, and the benefits of that. One of our very own sales representatives has a story about that.

This gentleman, much like all of us, likes to spend his summers outdoors and around his home, and with this comes the typical household chores. Last summer this young man (in his mid-30’s) became ill. He began experiencing flu-like symptoms, but they were lasting for far too long.

He then started to go blind in one eye.

The doctors didn’t know what was wrong. He was only in his thirties, kept a typical healthy lifestyle, and they didn’t see any red flags. They then discovered he had contracted Toxoplasmosis, a parasitic disease which lives in organic materials or on host animals.

Toxoplasmosis can infect most warm-blooded animals, including humans, though the primary host is the cat family. The most significant risks come through contamination of raw meat, hands, and from animals. Up to one third of the world’s population is estimated to be carrying the infection.

For some, they will never even know they are carrying it and it will never make them ill. Those with weakened immune systems have a greater chance of becoming severely ill, and it can occasionally be fatal. This parasite can cause an inflammation of the brain, neurological diseases, and can affect all major organs.

In this gentleman’s case, the infection had spread to his eye, leading to him losing his eye.

The doctor assumed he picked up the infection by cutting his lawn, handling the grass clippings, then touching his mouth, nose or eyes. The infection then quickly spread to his eye and caused him to lose it. Due to his life-changing experience last year, this man decided to make some changes.

Once he learned bacteria can’t survive on synthetic turf, he wanted to make the switch as one of his ways to protect himself and his family from any future harm. He is now a synthetic turf sales representative and promotes all it has to offer. His goal is to educate people to prevent anyone else having this happen to them and get the word out.

As one of his efforts to protect his and all other children, he began promoting the Playground Turf.

Children are much more likely to play in the dirt and pick up bacteria on their hands, which then spreads very quickly through those little bundles of energy. The safe recreation surface is ADA/ABA compliant and consistent with all CPSC requirements. It exceeds national safety standards and is ASTM certified.

The surface is soft and safe for kids with fall zone safety ratings to 12’. Not to mention, this surface provides a lush, grassy, play area which is inviting for children. Facility owners and parents alike, never again have to worry about exposure or contact with harsh chemicals found in pesticides and fertilizers.

Visit our application page for more information, browse our gallery for ideas and contact Synthetic Turf International to Experience A Greener World and an allergen-free play area.